The project of
Pharmacy all'Angelo

For the transfer of Pharmacy all’Angelo it has been realized a project in which, in addition to the timeless elegance of the predominant black and white, natural elements were added like stones for the floor and wood for some walls.

Great importance has been given to the lighting system, composed by numerous spotlights and horizontal LED lights, such as those used to indicate on the floor the area in which to wait for their turn at the desk, or to highlight the ancient vases and other tools of pharmacy exposed among the references.

The sales counter, which has 4 operator workstations, was designed using the supporting columns of the building, which were used as a decorative element and divider of the various stations. Columns that, thanks to the metal elements, support the bench itself, which almost seems to be magically suspended from the ground. 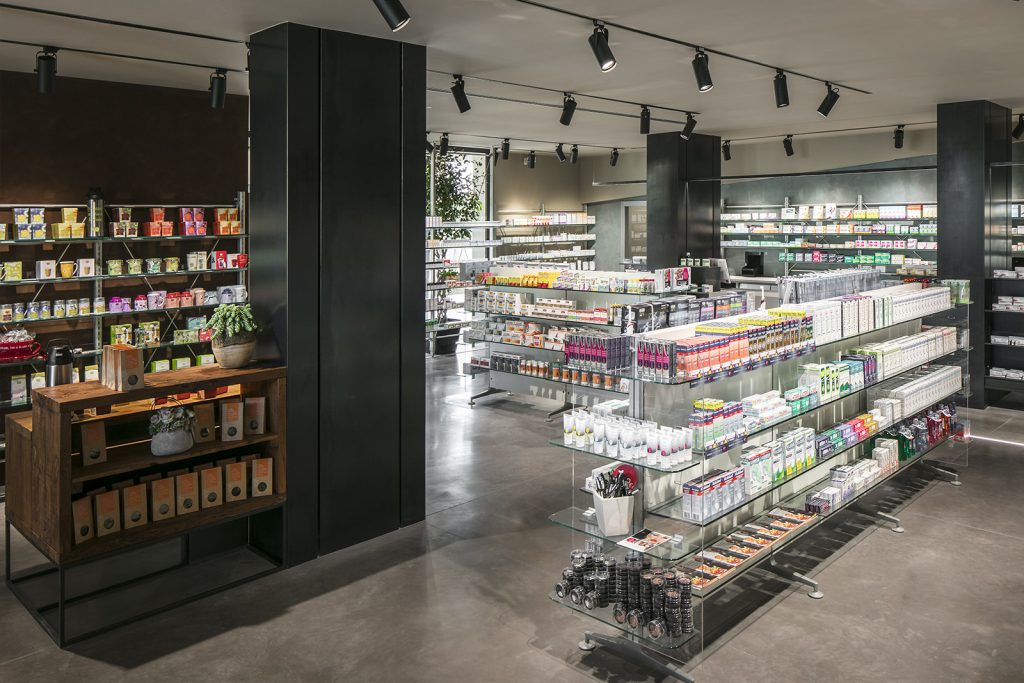 Doctor Carmignoto, what led you to decide to rely on Th.Kohl for the renovation of your pharmacy?

Our partnership with Th.Kohl is a 20-year history as well as a family history.
Before with my uncle, then with my father and finally with my person, we have always decided to rely on Th.Kohl both because we have always been satisfied with the result and because we like their style.

So, having to summarize all in two words, I would say that the reasons that led us to rely on Th.Kohl also for this realization is history and taste.

Do you want to discuss about a tailor-made project for your pharmacy?

GET YOUR FREE CONSULTATION NOW

Projects – Services for you